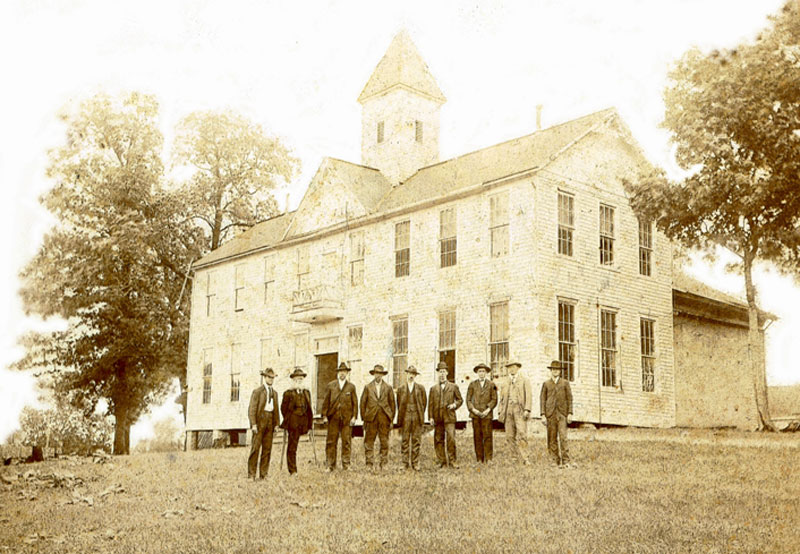 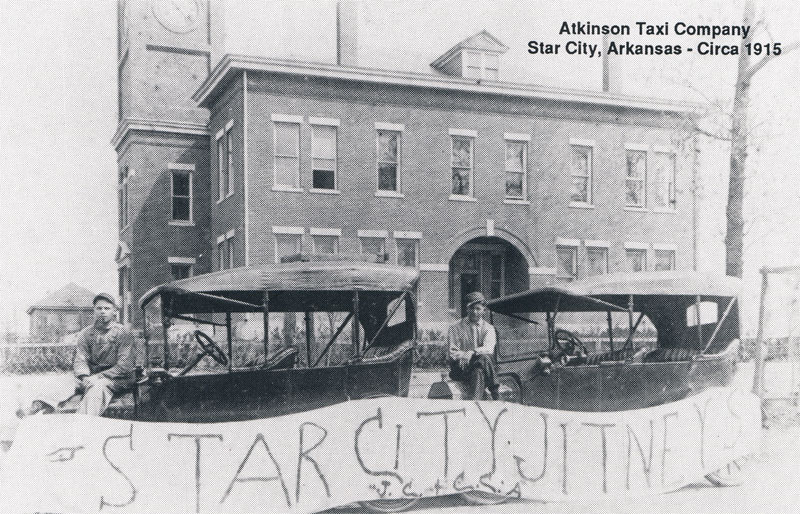 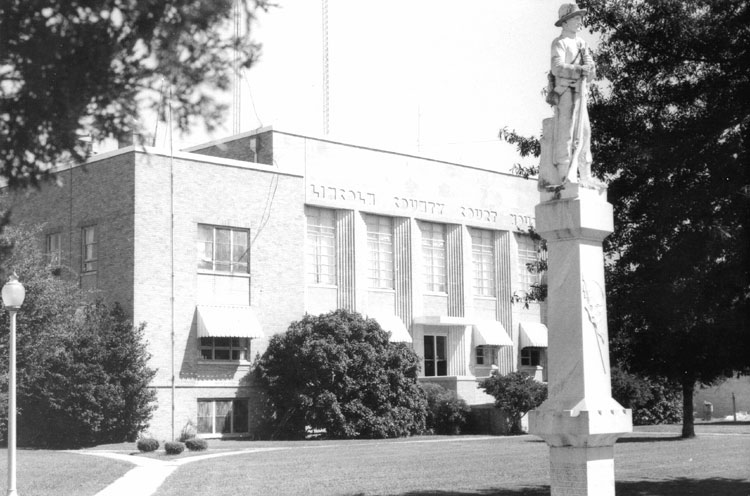 By the time of European exploration and settlement, very few Native Americans lived in Lincoln County, though the Quapaw technically owned the land that is now Lincoln County. County histories indicate the possible existence of a Quapaw village near the Arkansas River on land that was later settled by the McLain, Lee, and Douglass families, who established homes there in 1827 in a community called Auburn (known later as Douglass Landing). Thomas Griffis bought land in 1836 at what is now Griffith Springs and built a cotton gin. John S. Hall and his family arrived in 1846 from South Carolina and established Hall’s Station, which is now the town of Grady. Elias King Hays arrived from Tennessee in May 1847 and established Cornerville in southwestern Lincoln County.

Slave labor was common in what is now Lincoln County. For instance, Dr. John A. Jordan of Tennessee bought a great deal of land from Frenchman Joseph Deruisseaux in the 1840s and staffed it with slaves purchased in New Orleans, creating what was called Southbend Plantation. He began the construction of a stately manor house in 1854 using slave labor.

Though many residents joined the Confederate cause, there were very few military actions in the area. The January 19, 1864, Skirmish at Branchville took place when Union colonel Powell Clayton led the Fifth Kansas, First Indiana, and Seventh Missouri cavalries south from Pine Bluff (Jefferson County) with the intention of proceeding toward Monticello (Drew County). However, he encountered a Confederate encampment at Branchville, about ten miles southwest of what is now Star City. He was able to drive the enemy two miles from their camp, at which point the Confederates ceased firing and withdrew. Two Union soldiers were killed, and from five to sixteen Confederates were reported slain. Low on ammunition, Clayton led his soldiers back to Pine Bluff for the night. Scouting parties of both armies traversed the county frequently, confiscating goods for military use.

Lincoln County was created from portions of Arkansas, Bradley, Desha, Drew, and Jefferson counties on March 28, 1871, by an act of the Reconstruction-era Arkansas General Assembly. It was named after the late president Abraham Lincoln. The county court first met at Cane Creek Church on April 24, 1871. The site of what later became Star City was selected as the permanent county seat despite not being in the most central position. The first circuit court term was held in the fall of 1871.

By February 1873, the Little Rock, Pine Bluff, and New Orleans Railroad was completed to the present-day site of Varner. Other towns, such as Grady and Gould, grew up along the railroad, becoming important centers of commerce. However, as of 1890, Star City remained the only incorporated town in the county.

A part of Lincoln County was transferred to Desha County on March 10, 1879. A wooden courthouse was built in 1880 and used until 1910, when the court moved to a modern brick building. On April 9, 1885, the state legislature split the county into two judicial districts the Star City district and the Varner district; however, the Varner courthouse was closed around 1912.

The area that is now Gould was known in the early 1900s as Palmers Switch or Joslyn Post Office and was primarily a swamp. However, the railroad resulted in the growth of the area. George H. Joslyn Sr. served as the postmaster of the post office, which was established in 1904. He was succeeded by his son. The Joslyns were among those who led a petition for the incorporation of the emerging town; the petition was presented to the Lincoln County Court on August 6, 1907, and the town was named Gould for capitalist Jay Gould. The Gould Southwestern Railroad later connected Gould to Star City; that line opened on January 6, 1909, and operated for fifty years.

The Flood of 1927 hit the county hard, especially as floodwaters from the Mississippi River backed up into both the Arkansas River and Bayou Bartholomew, inundating much of the farmland. Though there were no Red Cross relief camps in Lincoln County itself, they proliferated in nearby Drew, Desha, Arkansas, and Jefferson counties. The Drought of 1930–1931 destroyed the county’s cotton crop. Small communities such as Cornerville were unable to overcome such hits and began dwindling in population rapidly. The Farm Security Administration in 1936 bought the plantation of Elmer Pierpont Ladd as part of a resettlement program for displaced farmers, dividing the land into sixty-acre lots and operating it as a cooperative.

Grider Army Air Field was established in early 1941 in Pine Bluff to provide aviation training to U.S. Army Air Forces cadets. However, by the following year, the number of students had grown so high that the facility had to be expanded. It leased 320 acres outside of Grady for the creation of Matthews Field, which operated until the spring of 1944.

Grady also had a prisoner-of-war camp housing German soldiers. The prisoners reportedly contributed greatly to the economy, working to bring in Lincoln County’s cotton crop in 1944 and 1945 at a time when many agricultural workers were in the armed services.

Gould was one of the sites chosen in the early 1960s by the Student Nonviolent Coordinating Committee (SNCC) as the site for a regional office to facilitate racial justice in rural Arkansas. Summer volunteers with SNCC forced two restaurants in the town to integrate, but the organization faced massive resistance from the white power structure. In a 1965 school board election, black candidates lost decidedly, a result widely attributed to voter fraud given that African Americans made up eighty-two percent of the town’s voting population. Black parents in Gould formed their own Parent-Teacher Association but were locked out of the high school. Police in Gould regularly harassed and threatened both black and white activists. In September 1967, the Gould School District was finally integrated. However, those who opposed desegregation established their own private academy.

Lincoln County’s population has never recovered to its earlier levels, due to several factors, most notably the mechanization of agriculture. In the twenty-first century, the county faces many of the same problems as other counties in the Delta, especially poverty and lack of economic and educational advancement.